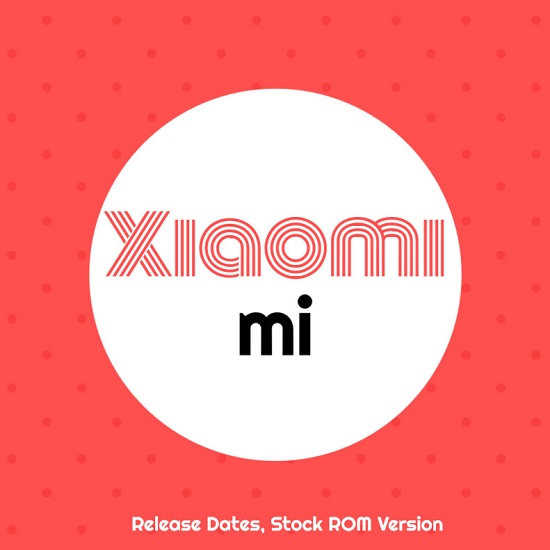 Starting from their first phone which was released back in 2012 Xiaomi has grown a lot. They are so popular in some countries like India which helped them to overtake the Korean giant Samsung in total shipments. Even though the current pricing are not that much catchy they started with budget Android Smartphones having decent specs and slowly moved on to the premium ones.

Now they have enough Smartphones in the market which are in par with other popular Android Smartphone manufacturers. Most of them are feature rich and innovative but with decent pricing.

So we have compiled an interesting table with all their Android Smartphones till date with release month and year, stock ROM/firmware version etc…

Normal queries for this tutorial

If any of the above given info is wrong, please don’t hesitate, feel free to post it in the comment section below, don’t worry I will take a look at it asap.

If “All Xiaomi Mi Release Date And Stock ROM/Firmware Version” tutorial really helped you, please give a like/share on social networking websites by using the below given buttons.